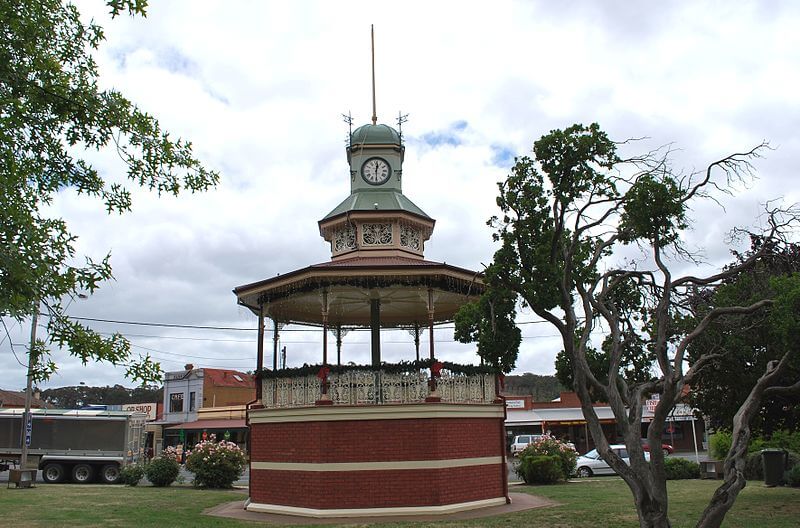 Beaufort is situated in a district noted for its merino wool production. Gold was first discovered in 1852, causing the usual large increase in population and building works, but it was short-lived and most of the easy to mine gold was depleted 10 years later. Historical buildings still remain today, such as the post office (below), railway station, a lovely octagonal band rotunda topped with an ornate clock, and several churches.

Camp Hill Reserve is located on the north side of Beaufort, which includes areas of native forest, picnic and BBQ areas, and a lookout which provides scenic views of the town and surrounding countryside. Beaufort Lake is on the southern edge of town near the sports oval. There are walking tracks around the lake, picnic areas, and a jetty.

Lake Goldsmith is around 10-15 km south of Beaufort, which boasts a wildlife reserve, native grasslands and trees, and is a habitat for local duck and bird life.

Rural health students have access to accommodation managed by the health service. Contact the Health Service directly for accommodation bookings on (03) 5349 1600.

The University of Melbourne at Creswick also has accommodation to support health professional student clinical placements within this region. Residents are allocated a bedroom, while the kitchen, laundry and bathroom facilities are shared.

You may be eligible for Going Rural Health financial assistance to support a placement in Beaufort. Please visit the Student Support Scheme page for more details HERE.

For more information on the region, and what it has to offer, please visit the web links below.