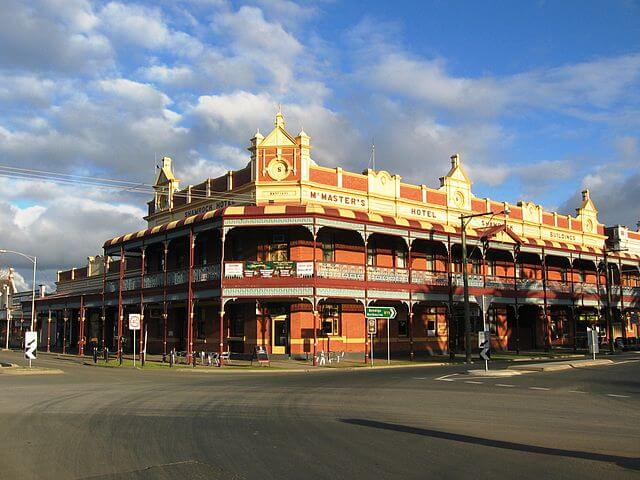 Rochester is situated 180km north of Melbourne, 30 km from Echuca, in a rural community on the Campaspe River.

The area’s first people were the Pinpandoor people. European settlers came in the 1840’s and were mostly sheep farmers. Traffic through the area increased dramatically with the gold rush, and the town was an important stop on the coach route. The building of a railway station on the Melbourne to Echuca line at Rochester in the mid 1860’s on the other side of the Campaspe River moved the focus of the town to shift from the eastern side to the western side of the river, where it remains today. This also led to a shift in farming from sheep grazing to cropping.  As a result, Rochester became one of the leading wheat producing centres in Victoria.

The construction of Lake Eppalock on the Campaspe River near Healthcote provided both irrigation water for the region, and prevented much of the flooding of Rochester, which at times in the past had caused the town to be under as much as a metre of water. In 2011 though Rochester was subject to a record flood, and over 80% of homes were inundated. It caused extensive damage to many historic homes and buildings. Many buildings close to the river will never be occupied again, while others required extensive renovations, with landowners moving back in over 12 months later.

The Campaspe River is popular with cyclists, walkers, nature lovers and bird watchers. Many walking tracks both along the river and beyond are maintained, with signs highlighting areas of historic interest.

There are other accommodation options in Rochester. See the following websites for more information. You may be eligible for Going Rural Health financial assistance to support a placement in Rochester. Please visit the Student Support Scheme page for more details HERE.

The following websites provide a little more information about the Rochester township and region: